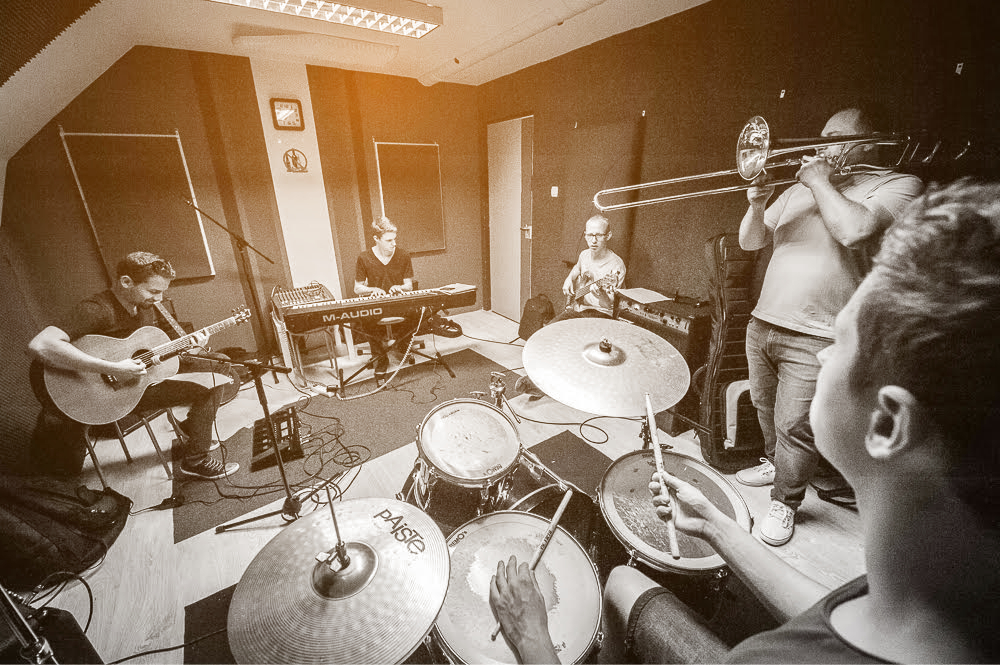 The Chameleon Jazz Band, famous for their themed nights, will present a new show this fall.

The national Popcorn! tour will premiere at the Budaörs Day, on Saturday afternoon August 26, 2017 at 4:30pm. The formal Budapest premiere date (following a private performance) will be Thursday September 7, 2017 at 7:00pm. The band is returning to the stage at the Újbuda Montázs Art Café for what is sure to be a full house!

The Chameleon Jazz Band, founded by Artisjus award-winner Rezső Bálint, will be showing its more casual side to the audience. The original pop-based arrangements will be flavored with a nice jazz twist. Along with the guitar (Dániel Borbényi), piano (Ádám Márk Birinyi), bass (Bartók Vince) and drum (Attila Telek), the trombone (Rezső Bálint) will play a prominent role. The framework of Popcorn! is made of pulsating, simple rhythms and intermittent melodies, and alongside the instrumental compositions vocals will show up in the repertoire as well.

Fans can count on a fun and lively performance!