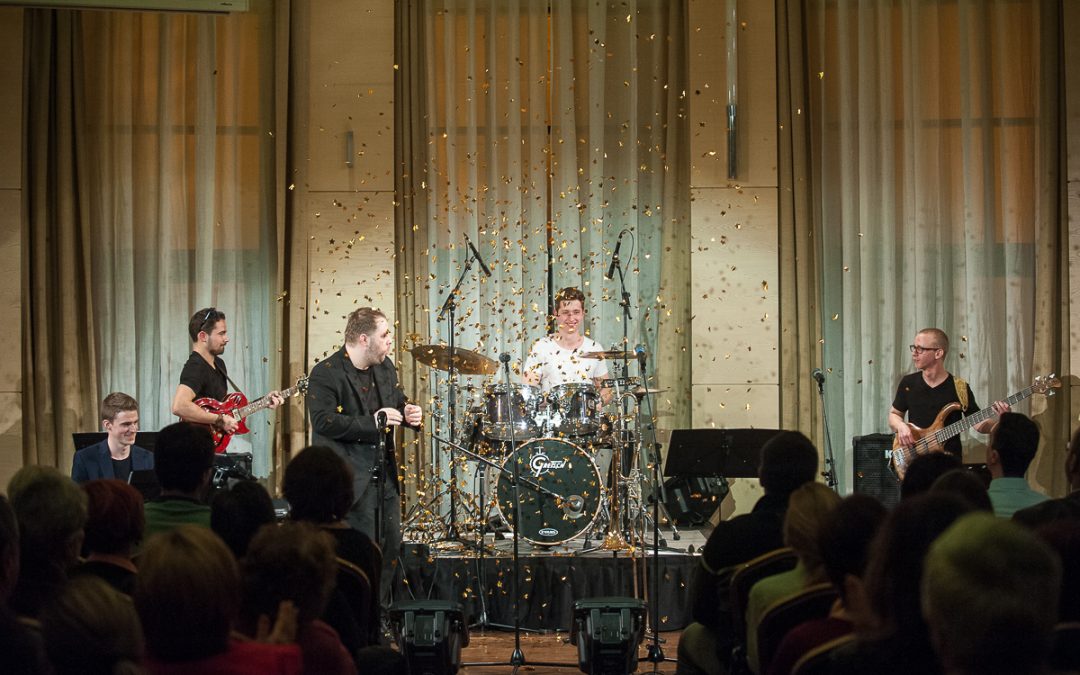 The Chameleon Jazz Band, founded by Artisjus award-winner Rezső Bálint, will be showing its more casual side to the audience. The original pop-based arrangements will be flavored with a nice jazz twist. Along with the guitar (Dániel Borbényi), piano (Ádám Márk Birinyi), bass (Bartók Vince) and drum (Attila Telek), the trombone (Rezső Bálint) will play a prominent role. The framework of Popcorn! is made of pulsating, simple rhythms and intermittent melodies, and alongside the instrumental compositions vocals will show up in the repertoire as well.